The mysteries of Gangi

The mysteries to discover during your stay in Gangi are many and varied. Here we have selected six of that are absolutely worth knowing before going to explore a town so ancient and rich in traditions. 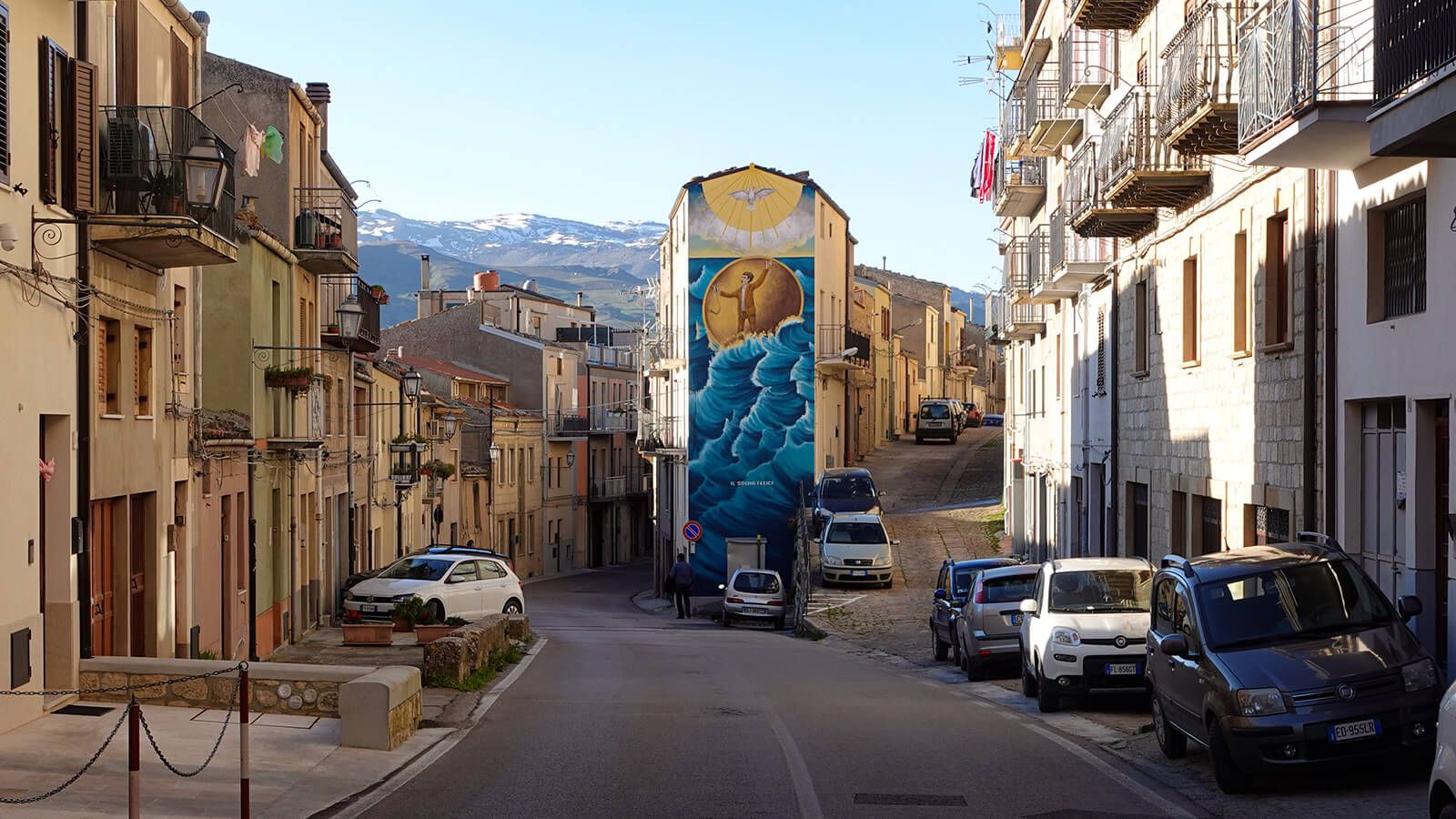 The Gangitan Felice Balsamello, born in 1854, is considered the forerunner of the submarine thanks to his invention, the nautical ball. Legend has it that Felice was saved from death during the first experiment inside the ball in the port of Civitavecchia by a spirit that he considered to be God, and for this reason he was very attached to the church of the Holy Spirit in Gangi. You can even admire some graffiti art dedicated to him.

Around 1200 BC the Cretans founded the city of Engyon (on Mount Alburchia) and built a temple dedicated to the Mother Goddess. Founded three generations before the Trojan War. During the Punic Wars it was besieged by Scipione the African who leaves weapons and treasures, preserved in the temple of the Great Goddess.

The city disappeared mysteriously over the years and its people moved to the current Mount Marone. Even today, while walking by around the area surrounding Monte Alburchia, people sometimes still manage to stumble upon archaeological finds from those remote and very distant times. Some of these finds are exhibited at the Gangi Civic Museum.

The Ventimiglia family had several properties in Gangi, like the tower next to the Mother Church, the castle and other points of interest in the town. In 1338, a bloody battle between Peter II of Sicily and Francesco I Ventimiglia took place in the area of Geraci Siculo. The story goes that Count Francesco fell from a ravine during his escape from the battle he was losing. Hence the structure suspended in nothingness, "Il Salto Del Ventimiglia" (the jump of Ventimiglia) was born. You can cross a glass bridge from which you can look down and have the sensation of walking on air.

The Holy Spirit and his miracles 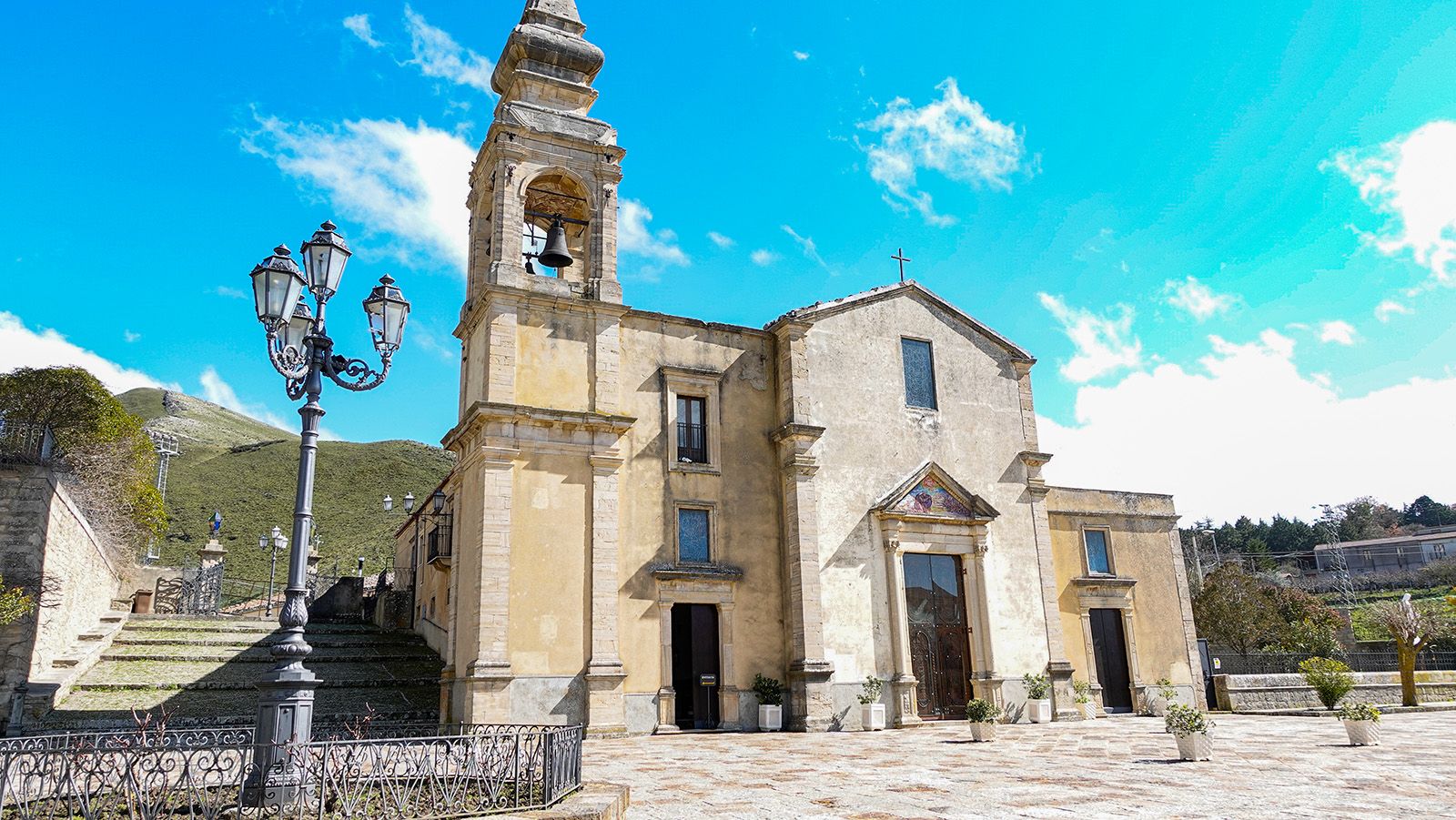 Where today we have the church of the Holy Spirit there used to be only fields. Legend has it that deaf peasant, digging in the area, had found a painting, a representation of the Holy Spirit. Blood gushed from the sacred image, which turned out to be miraculous. For this reason the church was built where the painting is displayed today. The Holy Spirit is considered the protector of the country, to be invoked for help in times of need.

The Cult of Demeter

Gangi is rich in traditions, most of them Catholic-Christian in origin. But one of the most important events in Gangi is certainly the pagan cult of La Sagra Della Spiga dedicated to the Greek goddess Demeter.

Sicily boasts a long religious tradition linked to the land and to the figure of the so-called Mother Goddess. Demeter was the goddess of the fields and it is said that she, in the desperate search for her daughter, arrived in the city of Engyon (aka Gangi), where she was lovingly welcomed before resuming her journey to the Etna volcano.

To thank the inhabitants of Engyon for their hospitality, she gave them the ear of corn, a symbol of abundance.

The Catacombs of Gangi

Famous all over the world, the Catacombs of Gangi are as mysterious as they are fascinating.

In the catacombs of the Mother Church the ecclesiastical dignitaries are buried in perfect condition. The first mummies were buried between the first half of the eighteenth century and the second half of the nineteenth century. There are 64 perfectly preserved bodies that have been placed in this crypt well beyond the edict of Napoleon and have long been the subject of study thanks to their perfect state of conservation. They look like sleeping bodies and it is unknown why it was decided to display them like this. The catacombs of Gangi are many, but only part of them has been open to the public.

There is a sign welcoming visitors, which says: “Come alive to visit death before death visits you, because it is always better to prevent fate”.

These are just some of the mysteries of Gangi, but the country boasts many more, including castles, secret alleys, brigand wars ... Gangi can really surprise you!