Top 10 places to see in Gangi

Gangi was the winner of the "Borgo dei Borghi" prize in 2014, which means it is one of the most beautiful towns in all of Italy.

A day in Gangi cannot therefore be missing from your traveler bucket list. We recommend 10 essential places to discover during your stay in Gangi.

The tower was built in a Norman-Gothic style in 1337 by Francesco I.
Due to its strategic position between the Mother Church, the Town Hall Square and the panoramic terrace, this tower is one of the main attractions and viewpoints of the ancient core of the town. You can climb the medieval tower of the Ventimiglia and enjoy a breathtaking view surrounded by a timeless atmosphere.

Palazzo Bongiorno is an 18th-century noble residence located in the heart of the town. It was built around the middle of the 18th century by Baron Francesco Benedetto Bongiorno, a Sicilian aristocrat.
Thanks to the powerful architectural redevelopment and the richness of decorative elements, Palazzo Bongiorno has become one of the brightest representative buildings of Italian Rococo. Just look at its magnificent rooms full of carved chairs, decorated walls and doors painted in gold.

The fascinating Mother Church in the center of Gangi hides many gems inside. Upon entering you will find, in addition to the spectacular architecture, the largest "Last Judgment" painting in Italy, created by the Zoppo di Gangi.
The most surprising place is certainly the crypt, which welcomes its visitors with a sign that says "Come alive to visit death before death visits you, because it is always better to prevent fate". Inside you will find 60 mummified priests of Cecilia, who died between the 18th and 19th centuries. 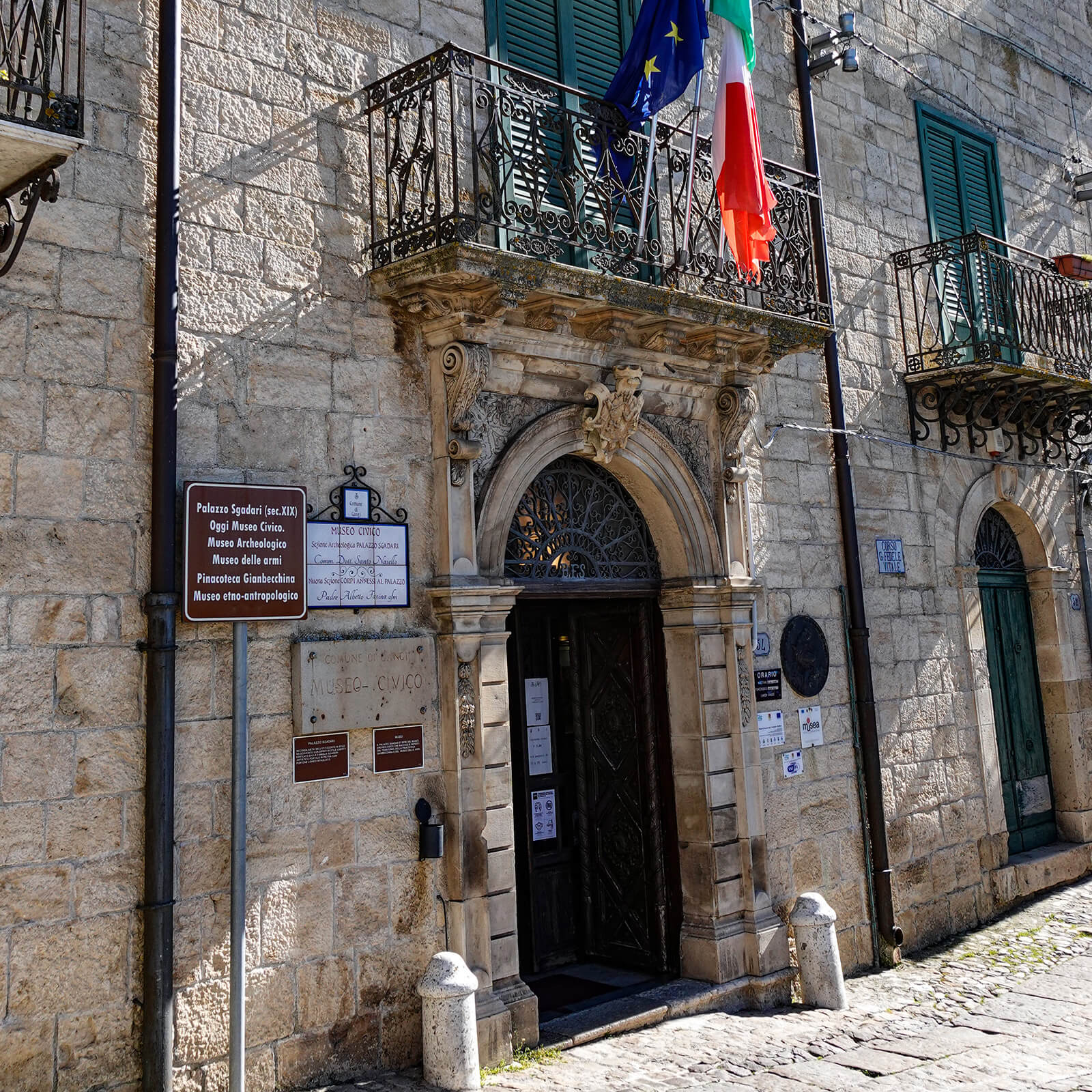 Italians have always possessed a vast history and a rich culture. An exciting tour of the Civic Museum will give you the opportunity to understand the ancient traditions and practices of Gangi. Leave the exploration of the town behind for the discovery of a much older history. You will find rooms with interesting archaeological finds, a beautiful collection of period weapons, the collection of paintings by the artist Gianbecchina and other elements of historical interest.

Sanctuary of the Holy Spirit

At the entrance of the town is located a stone church, inside of which you will find frescoes by Crispino Riggio and Tommaso Pollace. The most important painting here is the one of Christ in the center of the building: thanks to the illusory effect of the painting, it looks like Jesus follows you with his eyes. The painting itself has a mysterious legend, that you can read here.

Built at the beginning of the 19th century, the Bourbon prison is a fascinating building in Gangi. The walls of this ancient palace will accompany you on an unforgettable walk through narrow alleys and curious glimpses of an Italy with a medieval flavor.

Masterpiece of the Last Judgment

In Gangi you will find the largest version of the Last Judgment paiting in Italy, painted by Giuseppe Salerno, called "Lo Zoppo di Gangi". Currently the painting, a canvas measuring 5 by 4 meters, is located behind the main altar of the parish church. The work shows the story of the last day on earth and the final judgment of the people by God.

Ventimiglia Castle from outside and via Castello 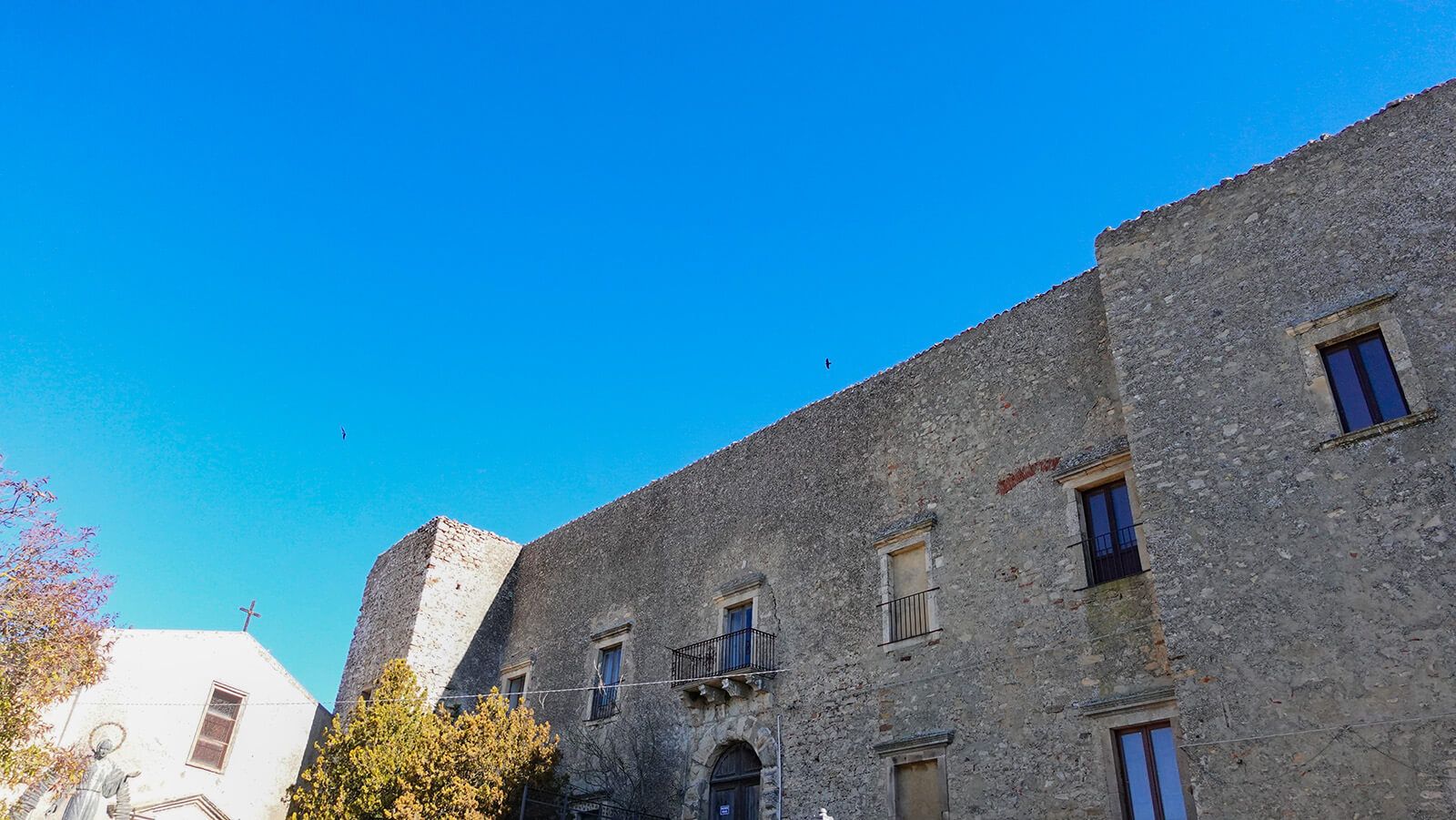 Ventimiglia Castle is located in the historical Via Castello and it was founded in the first half of 1300 and it stands on Mount Marone. It was abandoned for a long time and later used as a prison, the front side facing Piazza Valguarnera while to the north the castle overlooks Viale delle Rimembranze. The castle is now a private property but it is still worth visting even if it is only from the outside.

Almost from everywhere in Gangi, you can admire Mount Alburchia. The mountain is located on the border between the Madonie and the Erei at 968 meters above sea level and it was probably one of the first human settlements starting from the Archaic age. According to many historians and archaeologists on this mountain rose the famous city of Herbita, which together with Engyon (the first Gangi), was founded by the Cretans. During the excavations were found a necropolis from the Hellenistic period, a wall structure from the late ancient age and the remains of the baths emerged on Mount Alburchia.

Rich in frescoes and works of art, the Della Badia church has precious altars built in marble. It is one of the oldest churches in Gangi, the original layout dating back to 1300. In 1700 the architect Bongiorno restored the church giving it its current appearance.
Upon entering you will find a Sicilian ceramic floor from the 1700s, extensively restored and painted in very bright colors. This church is an unmissable gem.
Gangi also has other ancient churches, such as the church of San Cataldo, the Madonna della Catena di San Paolo and many more.